Datto Autotask users can now integrate their accounts with Cloudmore that synchronises the billing activity on Cloudmore with Autotask. After this simple and quick integration, monthly billing data for both Microsoft CSP and Azure products generated on Cloudmore will reflect on the Datto Autotask accounts. Synchronisation of data takes place every 24 hours.

Users can bulk import existing Datto organisations and their subsequent subscriptions to Cloudmore using customised import functionality. After adding the organizations and the Datto Autotask service on Cloudmore, users can view the updated billing data on their Datto portal.

Before you proceed with the integration, we recommend you familiarise yourself with the Cloudmore terms and their equivalent in the Datto portal for better comprehension. 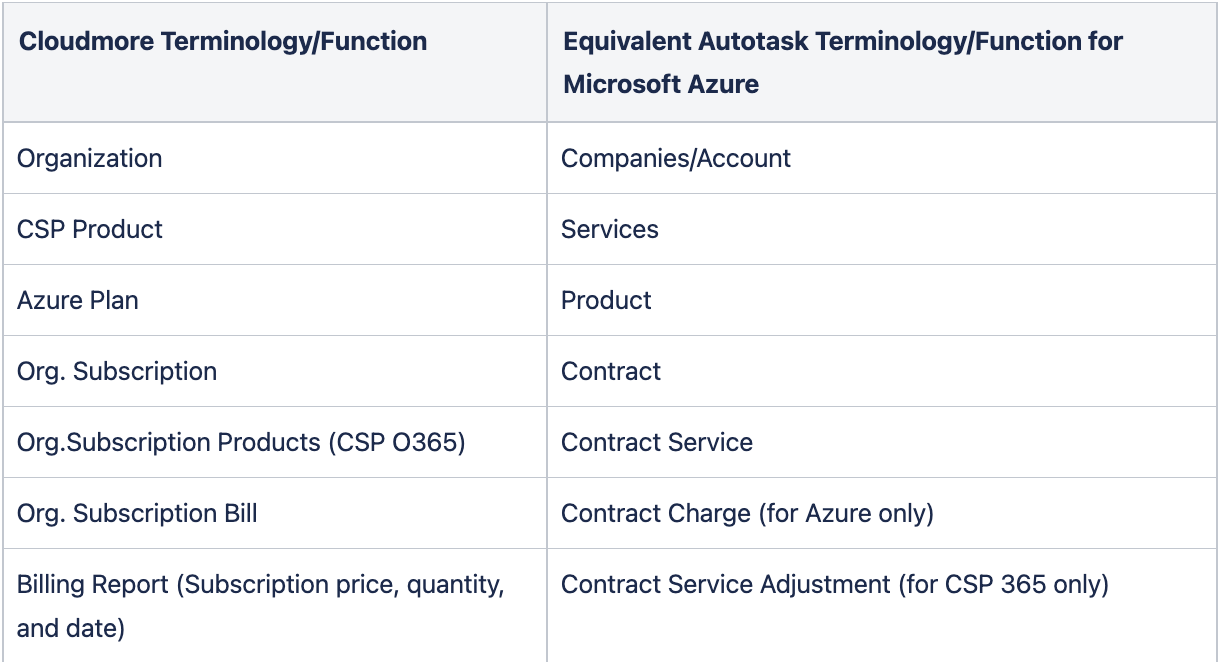 As a next step, export Datto Autotask companies to Cloudmore.